“This is going to be the 26th Annual meet. AAFT started in 1993 when only 40 students were enrolled in four courses and the first alumni meet took place in 1994 with the students of short term courses from four batches,” said Dr. Sandeep Marwah President Asian Academy of Film And Television.

“In 2003 we started graduation and post graduation programs under Asian School of Media Studies and added many new courses to short term. Today we are proud to announce that AAFT is now the University of Media And Arts,” added Dr. Marwah.

“We are looking forward for a beautiful get together on 21st December that will give a powerful opportunity to students for a very strong networking,” added Amir Abdullah Director School of Cinema.

All former students are invited to join the get together from the school of Cinema, School of Fashion and Design, School of Animation, School of Performing Arts, Asian Institute of Hospitality and Tourism, School of Mass Communication and Journalism, School of PR Events and Advertising, School of Photography and AAFT Short Term Courses.

Thu Dec 12 , 2019
Noida: A powerful workshop by a well-known film maker and educationist Dr. Balazs Vargawas conducted at Asian Academy of Film And Television organized by Indo Hungarian Film And Cultural Forum in association with Hungarian Information And Culttural Centre of Embassy of Hungary in India A box office hit musical comedy […] 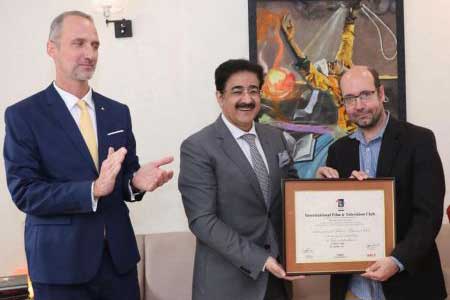