New Delhi: A get-together in honor of Lord Rami Ranger was organized at New Delhi and some of the prominent people from all strata of life attended the same to congratulate on his being nominated as Lord in British Parliament. Dr. Sandeep Marwah Chief Scout For India was the special guest on the occasion.

He was nominated for a life peerage and a seat in the House of Lords in Theresa May’s resignation honors. He was created Baron Ranger, of Mayfair in the City of Westminster, on 11 October 2019

Lord Rami Ranger spoke about his journey and his interest in Indian Cinema and said, “My work ethics are simple. I only succeed when my customers succeed. I work hard for the success of my customers, which ultimately becomes my own success.” 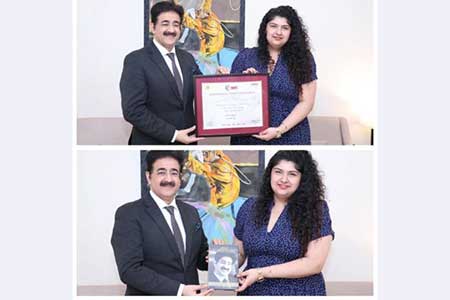