ICMEI is there to support all those events, which promote films, television, media, art and culture. A project initiated by renowned director Priyadarshan also needs awareness in North of India. ICMEI will do its best,” said Dr. Sandeep Marwah President of ICMEI.

The representative of the festival met Dr. Marwah and explained about this new concept in length. After attending a major event in Kochi another extravaganza has been planned to high light the festival in Noida. Sandeep Marwah will attend this event also in the coming weeks.

Save Water Save Rivers Spoke Sandeep Marwah at Khaitan School

Fri Oct 11 , 2019
Noida: “Time has come when all of us have be over cautious about environment. Enough has been written and spoken now it is time to get into practice to save environment,” said Dr. Sandeep Marwah President ICMEI and Global Green Ambassador at a function at The Khaitan School, Noida inaugurating […] 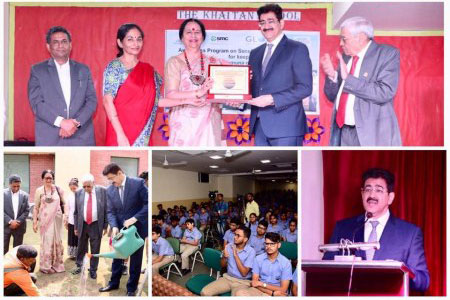