A meeting took place at the Chamber headquarters and a session was organized for the young enthusiastic filmmakers & cinema students who are looking for more exposure for their short films.

“Making a video multilingual can be complicated, expensive and might cause quite a bit of headache. If many contributors are involved it can quickly get confusing. Alugha has come with new technics its all time worth it,” said Dr. Sandeep Marwah President of the Chamber.

“The dubbr is providing a consistent workspace with all the tools to keep transcribing, translating and dubbing as simple as possible. Everything in one single tool, based in the cloud, available world-wide. And the best thing: The dubbr is accesable through all alugha-accounts,” said Bernd T. Korz CEO of Alugha.

Alugha specializes in easily transforming any online video to multilingual. They host thousands of videos from educational to entertainment. After 2 years of developing, the Alugha GmbH has been founded in April 2014 in Mannheim / Germany. The Co-Founder, Bernd Korz, had the initial idea of alugha and improved it consequently. 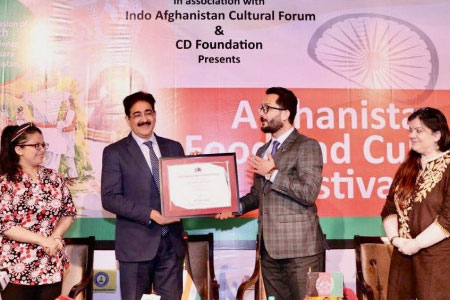