Kochi: “The Mission of Scouting is to contribute to the education of young people, through a value system based on the Scout Promise and Law, to help build a better world where people are self-fulfilled as individuals and play a constructive role in society,” said Dr. Sandeep Marwah Chief Scout For India addressing to the people at Kochi where he was the chief guest at the event.

“There are more than 50 million Scouts, young people and adults, male and female, in over 200 countries and territories. Some 500 million people have been Scouts, including prominent people in every field,” added Dr. Marwah.

All this began with an experimental camp in 1907 in Dorset, England, which was a great success and proved to its organizer, Robert Baden-Powell that his training and methods appealed to young people and really worked. In January 1908, Baden-Powell published the first edition of “Scouting for Boys”. It was an immediate success and has since sold over 100 million copies, making it one of the best selling books of all time and after that there was no looking back narrated Dr. Marwah to the audience.

Later, the organizers of the show, with the memento honored Dr. Sandeep Marwah. “ I am happy that you could remember me though my association   is not that long, but once committed, its always for ever’, said Marwah.

Fri Oct 11 , 2019
Kochi: A world record holder of short films Dr. Sandeep Marwah inaugurated a new festival of short digital films under the title ‘Mini Movie Festival’ by Clubby at Kochi in Kerala. “The digitization and reduction in cost of film making have given many more people to showcase their creativity through […] 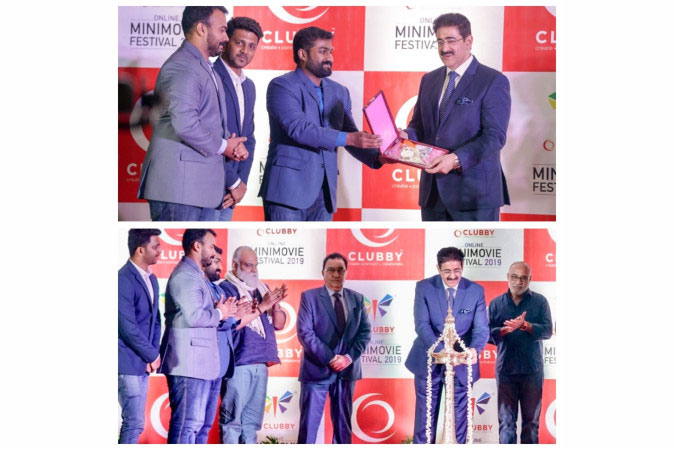