uala Lumpur (Malaysia): After the successful launching of Indo Malaysian Film And Cultural Forum in New Delhi India a new chapter of IMFCF was initiated by International Chamber of Media And Entertainment Industry in Kuala Lumpur Malaysia.

“ICMEI was created six years back to support the vision of our Prime Minister Narendra Modi to have best of the relations possible with each and every country of the World. So far we have touched 54 countries,” added Dr. Marwah.

Tue Sep 10 , 2019
Kuala Lumpur (Malaysia): After successful functions and awards at Uzbekistan and Azerbaijan, International Chamber of Media And Entertainment Industry conducted its third edition of Global Strategic and Leadership Awards Kuala Lumpur in Malaysia to develop and promote relation between two countries. The awards were presented to two teams of India […] 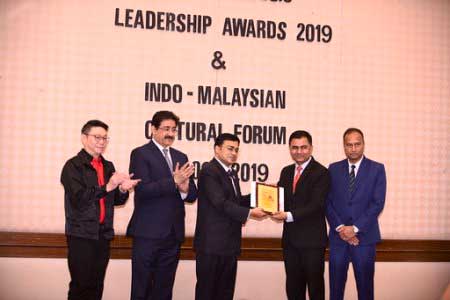