New Delhi: It was a valuable day when Dr. Sandeep Marwah five times World Record Holder and Chancellor of AAFT University has been nominated as the Chef Scout For India,” said Raj K.P. Sinha National Commissioner For India, Scouts And Guides Organization, Government of India.

Dr. Sandeep Marwah has been nominated after 30 years on this most prestigious and powerful position over and above almost 3.7 million scouts and guides in India.

After a gap of 30 years the position has been revived and handed over to the world-renowned media personality Dr. Sandeep Marwah. He is the founder of Noida Film City now fastest growing film city in the World. He is also the founder of first professional film studios of North India -Marwah Studios. He is the founder director of the first private film school in India Asian Academy of Film And Television.

Fri Aug 16 , 2019
New Delhi: The Chief Scout For India, the second highest position in the Scouts and Guide Organization after President of India, Dr. Sandeep Marwah congratulated the nation on the 73rd Independence day of India. “It is my great privilege and honor to serve the nation from the uniform of Scout. […] 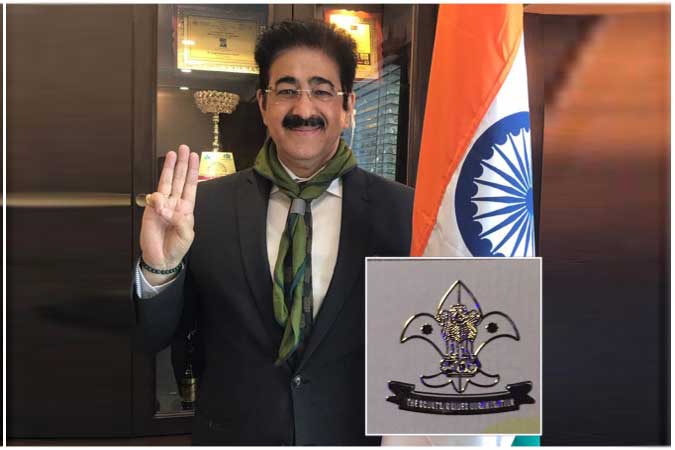