Noida: Boxing is a full-body workout as it engages the entire upper and lower body. Boxing workouts allow you to stimulate muscle fibers that you have never used before. Good, quality cardio is also one of the key components in weight-loss and martial arts provides many opportunities to exercise the heart,” expressed Sandeep Marwah President of Marwah Studios and Patron to Boxing Federation.

Inspired by boxing sensation Vijendra Singh, many boxers are taking baby steps to jump into Pro Boxing championship to bring glory to the country through professional boxing and making it a source of income to establish them. With an aim to provide a platform to these Professional Boxing Indian players who have brought glory and medals representing India in Olympics,

Fri Jul 12 , 2019
Noida: “The challenges in our lives are there to strengthen our Convictions. They are not there to run us over. Being disabled should not mean being disqualified from having access to every aspect of life. If we are to achieve a richer culture, we must weave one in which each […] 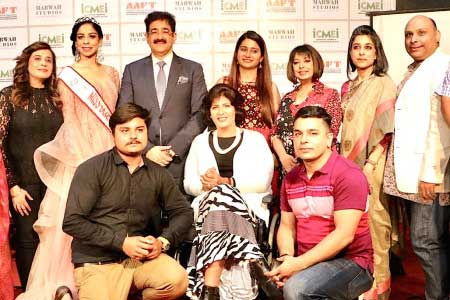