Noida: A delegation of film and television professionals from Fiji visited at Marwah Studios to develop and promote relation between two countries through cinema and other visual arts.

“We are very happy to receive the delegation from Fiji. Our IFFCF- Indo Fiji Film And Cultural Forum has picked up very nicely. We are in touch with the High Commission of Fiji in India. H.E. Yogesh Punja is a very help full person,” expressed Sandeep Marwah President of Marwah Studios.

Later Sandeep Marwah presented the membership of World Peace Development And Research Foundation of AAFT University to all the members of Delegation. A radio program was also recorded at Radio Noida 107.4FM.

“We are thankful to Marwah Studios for the time and tour which was organized for us and to support our idea of joint venture,” said Ranjit Raju film maker from Fiji. Actor Shimran & Jyotishma Cinematographer Danish Singh and Production incharge Shailendra were part of the delegation.

Mon Jul 1 , 2019
New Delhi: “Whether we’re talking in a team meeting or presenting in front of an audience, we all have to speak in public from time to time. We can do this well or we can do this badly, and the outcome strongly affects the way that people think about us. […] 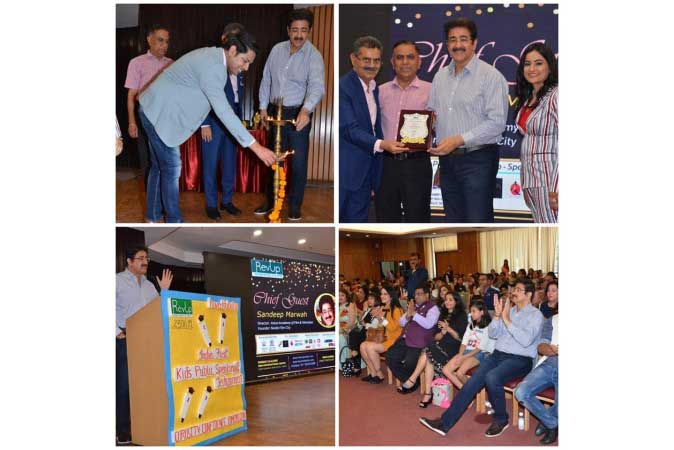