Noida: “We are proud of Sandeep Marwah. We have always considered him as Guru. His teachings and preaching are now very popular all over India and abroad. He is the only Indian representing more than 50 countries of the World as far as culture is concerned. He is indeed a spiritual leader,” said Nirmal Ratanlal Vaid while handing over the award to Sandeep Marwah.

Sandeep Marwah is the president to World Peace Development And Research Foundation, Patron to Confederation of World Religion, World Religious Parliament, Global Yog Alliance and many other spiritual and religious organizations.

“The biggest religion is Humanity and   best way to serve any religion is to serve   living beings that’s what I believe and consider as the religion of every human being,” said Dr. Sandeep Marwah President of AAFT University. 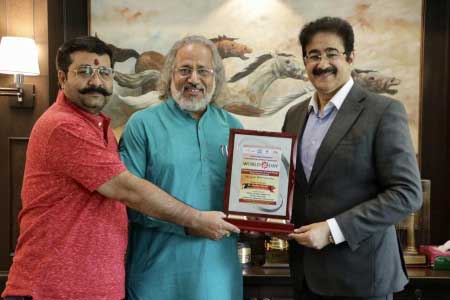