Noida: One of the most significant dates in the Philippine’s history is Independence Day because it marks the nation’s independence from the Spanish rule on June 12, 1898. Filipinos celebrate it annually on June 12.

“We extend our heartiest congratulations to the people of Philippines on their National Day. We wish India and Philippines a very strong friendship, Indo Philippines Film And Cultural Forum will soon start working with the Embassy of Philippines to India,” said Sandeep Marwah President of Marwah Studios and International Chamber of Media And Entertainment Industry.

A poster was launched at Marwah Studios along with the committee on Philippines created at Asian School of Media Studies- AAFT School of Cinema, AAFT School of Fashion and School of Mass Communication and Journalism.

Fri Jun 21 , 2019
New Delhi: The High Commission of Republic of Fiji in New Delhi-India, Indo-Fiji Business Promotion Association (IFBPA) and the Indo-Fiji Film and Cultural Forum (IFFCF) have engaged together to strengthen relationships between Fiji and India. This cooperation of uniting the resources and expertise of IFBPA and IFFCF and also bringing […] 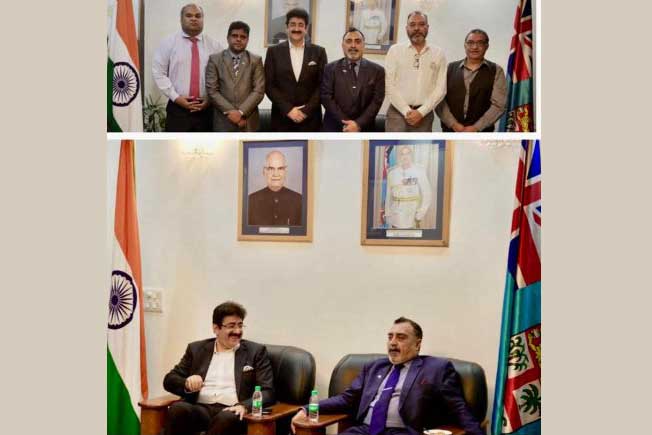