Baku: Ten-member delegation from India representing International Chamber of Media And Entertainment Industry- Indo Azerbaijan Film And Cultural Forum has reached Baku to promote relation between India and Azerbaijan through arts and culture.

The delegation has concrete motive of meeting few important people from the country of Azerbaijan including Indian Embassy, people from tourism, social organizations, cultural associations and Event Management companies besides tour of city of Baku.

The delegation is also invited to India Meet at Baku and interaction with film and television personalities of Azerbaijan. They will also attend an award function during the visit.

Fri Jun 21 , 2019
Baku: The film fraternity of Azerbaijan honored the Chairperson of Indo Azerbaijan Film And Cultural Forum Sandeep Marwah, President of Marwah Studios, in a grand function at Baku during his visit to Azerbaijan. “We are proud to welcome the renowned film television and media personality of Republic of India Sandeep […] 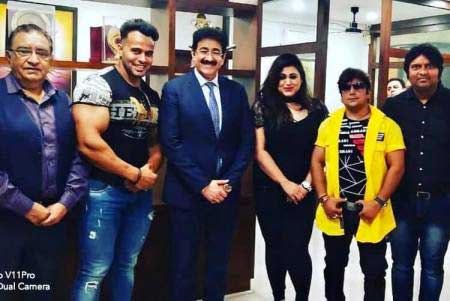