Cannes: Within the hustle and bustle of International Cannes Film Festival Sandeep Marwah met mny film makers of different countries and informed them about the organizations he is Chairing in India.

“We are looking for joint ventures for short films, we are keen in starting Mobile Cinema in many countries, We are also interested in foreign directors to direct documentary on Indian subject,” Sandeep Marwah President of Marwah Studios at Hotel Intercontinental Carlton in a   meeting with film makers.

“We have provision to broadcast all those short films and   full length which could not manage its screening yet. Our television would   love to help those producers and directors to have screening at MSTV.CO.IN.” added Marwah.

We have also scope for producers who want their music numbers to be broadcast on Radio Noida and MSTV informed Marwah.

Marwah Studios Will Work Together With Foreign Artists

Mon May 27 , 2019
Cannes: “Cannes International Film Festival has proved to be very lucky, many international artists have shown their interest in working with Marwah Studios, be it a making of short film, an exhibition of paintings and other arts, a show of talent by performing artists or film screening and workshops at […] 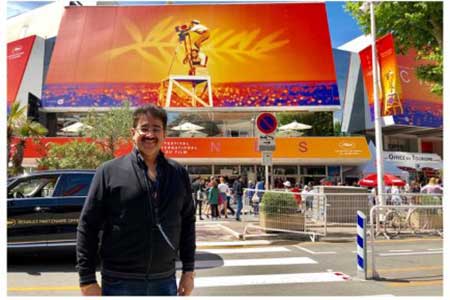