Cannes: The well known film and television person Sandeep Marwah represented India in 72nd Cannes International Film Festival and was invited by the Netherland Government to their Get Together.

We are keen in developing business with Netherlands. A scholarship for the deserving student to learn cinema in India can also be handed over to the Ambassador of Netherlands in India. A festival of films from Netherland is also due in Delhi and Marwah Studios can take full initiative to do so,” said Sandeep Marwah attracting film makers to India.

Sat May 25 , 2019
Cannes: Renowned film TV and media personality of Republic of India Sandeep Marwah President of Marwah Studios has been honored with Life Time Achievement Award by A F I World Cinema Initiative at American Pavilion at 72nd Cannes International Film Festival in a grand function. “Sandeep Marwah may not be that […] 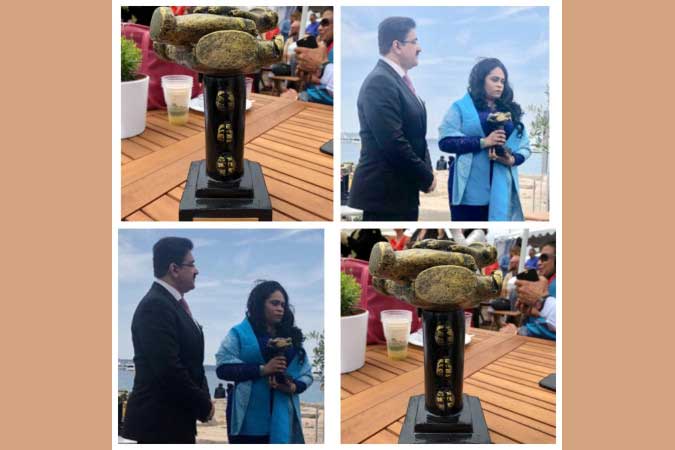