“I had the honor to receive on behalf of the Asian Academy of Film And Television the award for the best documentary announced for the film from AAFT. It was a great moment; never any Mobile film has ever been honored in Cannes from India. I am proud of my students,” said Sandeep Marwah President of AAFT.

Sandeep Marwah On Jury of Mobile Cinema Presentation At Cannes

Sat May 25 , 2019
Cannes: Renowned filmmaker and film educationist from India Sandeep Marwah President of Marwah Studios has been nominated as the jury member and Vice President of the Jury of the first ever Mobile Cinema Festival organized by Artisan Festival International at Cannes during 72ndCannes International Film Festival 2019. A F I […] 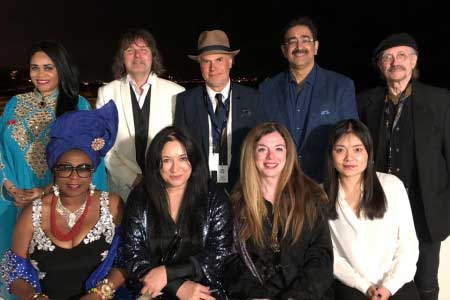