Noida: AAFT University of Media And Arts has its own Shakespeare Society after the name of Word renowned writer William Shakespeare. The society is associated with the department of Performing Arts. A poster was launched to remember the great playwright.

“The works of Shakespeare always fascinated me. I believe as a student of performing arts, writing or acting must know about the works of Shakespeare. It gives you immense knowledge of writing, emotions, history and characterization etc. at the same time. If we wish to know the force of human genius we should read Shakespeare,” said Dr. Sandeep Marwah President of Asian Education Group.

Shakespeare produced most of his known works between 1589 and His early plays were primarily comedies and histories and are regarded as some of the best work produced in these genres. Until about 1608, he wrote mainly tragedies, among them Hamlet, Othello, King Lear, and Macbeth, all considered to be among the finest works in the English language. In the last phase of his life, he wrote tragicomedies (also known as romances) and collaborated with other playwrights.

Wed May 15 , 2019
New Delhi: “The Glamour is flowing here and you need to be a good observer to learn from so much of information available at the same time. Beauty begins the moment you decide to be yourself. You may be one person to the world but you may also be the […] 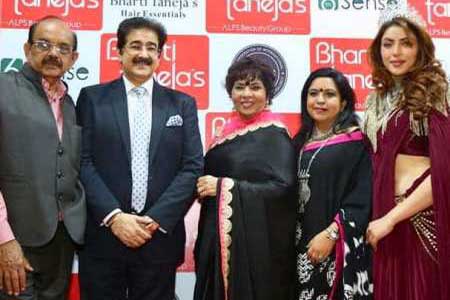