“We are going to built further our strong relations with India through art and culture under the leadership of great International personality Dr. Sandeep who has initiated so well the idea of creating a powerful forum,” said H.E. Mohamed Maliki Ambassador of Morocco to India while presenting the memento to Dr. Sandeep Marwah.”

Dr. Sandeep Marwah is six times World Record holder; recipient of 600 awards from all over the World and has been titled as Global Cultural Minister. He is the founder of Noida Film City, Asian Education Group and now has been nominated by Government as Chancellor of AAFT University of Media And Arts.

“I take this responsibility handed over to me by Government of Morocco very humbly to develop and promote relations between India and Morocco. I will see to it that people of India know about Morocco much more than what they know now,” said Dr. Sandeep Marwah accepting the Chair. 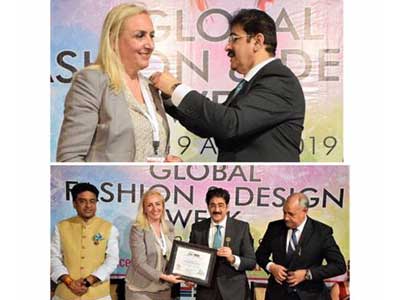