Noida: Indo Hungarian Film And Cultural Association of International Chamber of Media And Entertainment Industry has been involved with the promotion of Hungarian Cinema and cultural in India continuously from last many years.

“We leave no chance to grab the opportunity to high light Hungarian artists and plan immediately shows for them. This time renowned saxophonist Viktor Toth presented a show at Marwah Studios,” said Dr. Sandeep Marwah President of Marwah Studios.

“ I am amazed by the arrangements in such a short period of time and the receptive audience. A film school with students of performing arts means something,” expressed Viktor Toth the artist of the day.

Viktor Tóth, alto saxophonist, composer and orchestra leader, has been awarded Jazz Musician of the Year several times. He is One of the top figures of the young generation of the contemporary Hungarian jazz scene.

Fri Apr 5 , 2019
New Delhi: The renowned film, television and media personality Sandeep Marwah Chancellor of AAFT University of Media And Arts was the Special Invitee at National Day of Gambia. “I on behalf of International Chamber of Media And Entertainment Industry and Indo Gambia Film And Cultural Forum extend my heartiest congratulations […] 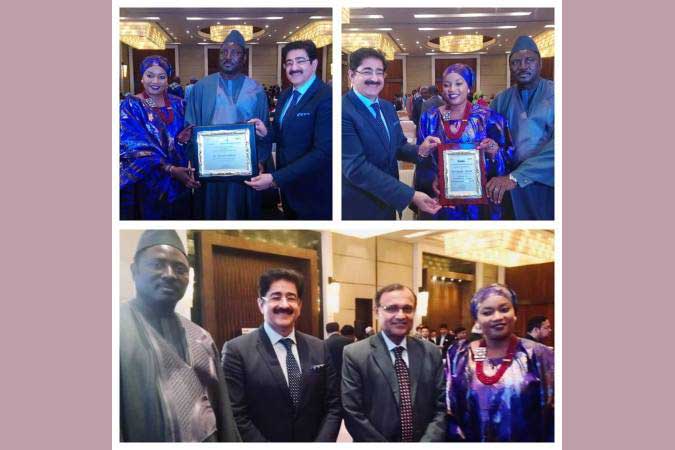