Budapest: Dr. Sandeep Marwah President of Marwah Studios honored in Budapest in Hungary for his untiring contribution in developing and promoting relation between the people of Hungary and India.

Dr. Sandeep Marwah has been nominated as the Vice President of Jury for the first International Festival of Cellphone Cinema in Hungary. He has been Chair for Indo Hungarian Film And Cultural Forum also. This is his fifth visit to the capital of Hungary. He has been representing Indian Film industry earlier also for the Jameson Cinefest Miskolc International Film Festival where he was the chief guest for the festival.

He has been member of the jury for Film festival Earth funded by Red Cross with Jiri Menzel and Istvan Szabo Oscar winning directors from Czech Republic and Hungary. Dr. Marwah is the only Indian who has been honored largest time in Hungary for his contribution to films, television, arts and culture promotion.

Dr. Phd. Kiss Robert Richard renowned journalist and President of the festival at Budapest presented an award to Dr. Marwah. ”I am touched by the gesture extended to me   during my stay at Budapest. I cannot forget the love and affection shown to me by all Hungarians. It was home beyond home,” said Dr. Sandeep Marwah to the press at Hotel Corinthia at Erzsébet krt, Budapest.

Mon Mar 25 , 2019
New Delhi: The Embassy of Uzbekistan in India organized a powerful, electrifying, entertaining evening on the occasion of Navruz festival at New Delhi. Large number of artists from Uzbekistan including a musical group, fashion designer and other creative people were present there to give live performances to the most elite […] 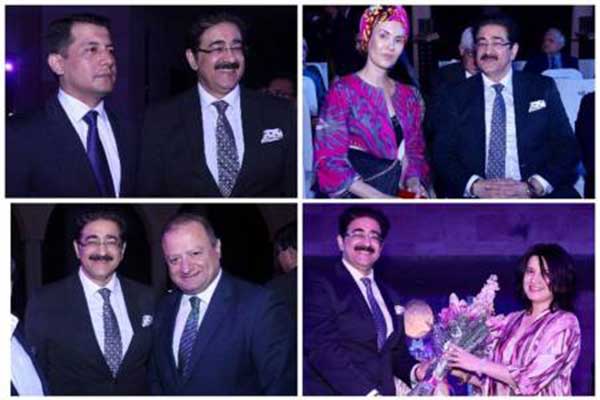