Leicester: An event to promote and high light the food industry of the County Council of Leicestershire, an annual program of Curry Awards has planned by Romail Gulzar of Pukaar News in association with BBC at their radio station at Leicester.

“We are lucky that we have with us a well known international personality today here at Leicester to motivate and to encourage our venture of curry Awards. I am rather more excited as  Dr. Marwah has been the president of AAFT-an institution in India where I belong to,” introduced Romail Gulzar in a jam-packed function to announce the 5 nominees in each of six categories of food awards.

“What a lucky day for us to have Sandeep Marwah from New Delhi to announce awards in Leicester. I want this city to hear him on BBC radio while we interview him,” added Sophie Shardlow Managing Editor At BBC presenting memento to Dr. Marwah for his contribution to media.

Out of 476 restaurants 30 were declared nominees in six categories. The envelop of declaration of nominees was opened by Dr. Sandeep Marwah. Later the chief guest Sandeep M

Mon Mar 25 , 2019
Noida: Dr. Sandeep Marwah has been patron to IFUNA- Indian Federation of United Nation Association. He has been also part of United Nations Information Center’s activities therefore he makes it a point to celebrate all the important days designed and fixed by United Nations. Present on the occasion Ambassador of […] 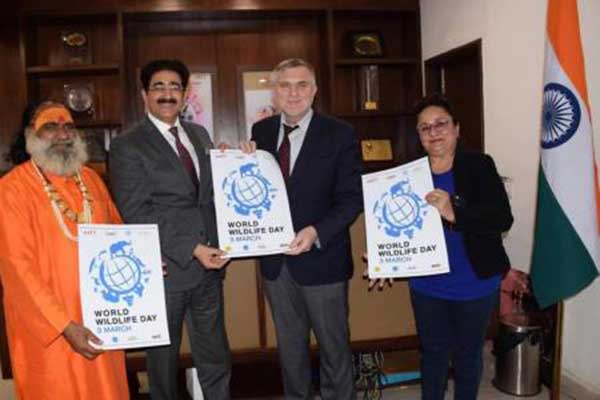