Noida: “Languages are the most powerful instruments of preserving and developing our tangible and intangible heritage. All moves to promote the dissemination of mother tongues will serve not only to encourage linguistic diversity and multilingual education but also to develop fuller awareness of linguistic and cultural traditions throughout the world and to inspire solidarity based on understanding, tolerance and dialogue,” said Dr. Sandeep Marwah President of Marwah Studios and World Peace Development And Research Foundation at the poster release to celebrate the International Mother Language Day declared by United Nations.

“Languages, with their complex implications for identity, communication, social integration, education and development, are of strategic importance for people and planet. Yet, due to globalization processes, they are increasingly under threat, or disappearing altogether. When languages fade, so does the world’s rich tapestry of cultural diversity. Opportunities, traditions, memory, unique modes of thinking and expression — valuable resources for ensuring a better future — are also lost,” added Dr. Zoltan Wilhelm -Cultural Councellor and Director Hungarian Information & Cultural Centre addressing the media persons.

We Need More Leaders In The Country- Sandeep Marwah

Wed Feb 27 , 2019
New Delhi: “It is a huge country and we need more enthusiastic people who can lead the nation in every field possible, be it an education, hospitality, tourism, media, any manufacturing, any services etc. There is a need of good leaders and this country can grow many times,” said Dr. […] 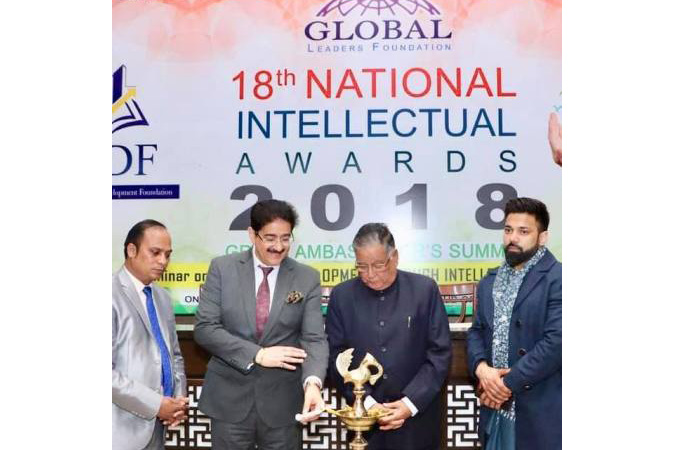