New Delhi: Large number of national and International Organizations hve joined and now supporting 7th Global Festival of Journalism Noida 2019, one of the most exclusive property in the World.

More than 60 international Organizations are participating in the 7th GFJN 2019 as per the confirmation received. We have some of the best topics to discuss during this week of journalism which presents 12th February The International Day of Journalism,” said Sandeep Marwah President of the festival.

Tue Feb 19 , 2019
Noida: Exhibitions are always been part of all festivals. They are integrated section of all the Global Festivals designed by the international maestro Sandeep Marwah at Noida Film City the ground place of Marwah Studios and AAFT. “We have many departments working at the same time. Print, Radio, Television, Cinema, […] 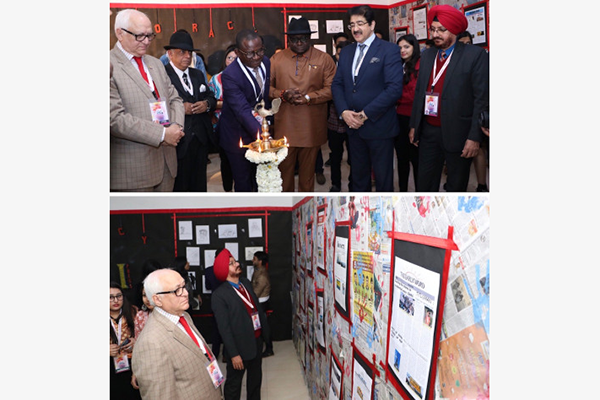