New Delhi: Indo Iceland Film And Cultural Forum extended his Patron ship to H.E. Gudmundur Arni Stefansson Ambassador of Iceland to India during the visit of ICMEI delegation to Embassy of Iceland in New Delhi.

A delegation of ICMEI visited the Embassy of Iceland in New Delhi and briefed the Ambassador about the formation of Indo Iceland Film And Cultural Forum.

Dr. Sandeep Marwah Presented the Patron ship to the new Ambassador and asked to advice on the next step under Indo Iceland relations.

“We are honored to present the patron ship of IIFCF to H.E. Gudmundur Arni Stefansson and confidant that we will grow under his leadership. We are planning bigger programs to propagate our relationship World wide,” said Sandeep Marwah President of ICMEI.

“I am thankful to ICMEI especially Sandeep Marwah for his continuous support to Government of Iceland by way of art and culture diplomacy. We appreciate his efforts,” said H.E. Gudmundur Arni Stefansson.

Wed Feb 13 , 2019
Noida: 12th IFCPC was launched on 11th January.The last date of receiving entries for 12th International Festival of Cellphone Cinema 2019 has been extended to 31st March 2019 and results will be declared in the first week of April, 2019 informed Dr. Sandeep Marwah Festival President. Speaking to the Press Club of International Chamber […] 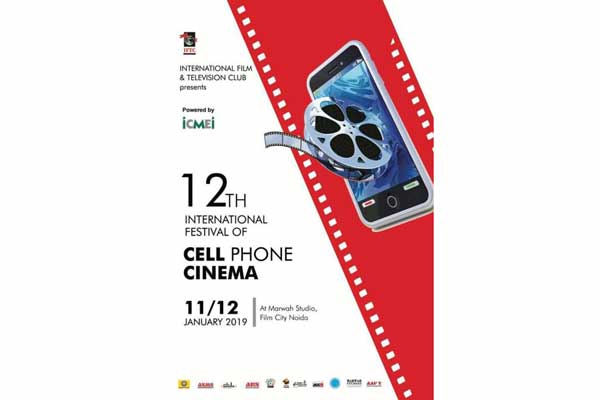