Noida: The International Club of   Film And Television has announced the dates of the   12th International Festival of Cellphone Cinema today in a board meeting under the leadership of festival president Dr. Sandeep Marwah.

Dr. Sandeep Marwah who has been honored and titled as the Father of Cellphone Cinema as he is the first one in India to shot a film on mobile camera and first one to start the festival of films on mobile.

“We have decided to launch 12th International Festival of Cellphone Cinema today where 11th and 12th January will be two events and 5thFebruary will be the last date of submission the entries, The results will be declared on 12th of February on International Day of Journalism,” informed Dr. Sandeep Marwah President of IFCPC.

There are two segments one still photographs and second video where a fiction, a music video and New Gathering can be submitted to www.ifcpc.com for large number of awards totaling to two hundred thousand rupees.

Rohit Gandhi And Rahul Khanna on The Board of AAFT 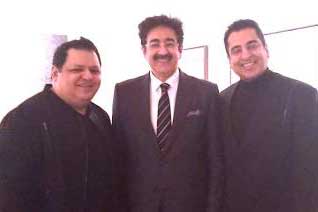