New Delhi: Renowned film, television, media and art promoter Dr. Sandeep Marwah President of Marwah Studios was presented with an art and culture award by Kiren Rijiju the Union Minister of State Ministry of Home Affairs, Government of India at a grand function at Old Fort Grounds on the opening day of 12th Delhi International Art Festival for promotion of art and culture and uniting the whole country through arts.

The contribution of Dr. Sandeep Marwah cannot be expressed in words. His untiring and continuous support to art and culture has resulted in bringing Indian states close to each other. The amount of work Marwah has put in uniting the whole World is beyond explanation.

Mon Jan 7 , 2019
Noida: The management of International Chamber of Media And Entertainment Industry celebrated the National Day of Sudan at the headquarters of ICMEI with the media students of AAFT. “We have wonderful relations with Sudan and cultural diplomacy raises the level of   relationship instantly. I extend my heartiest congratulations to the […] 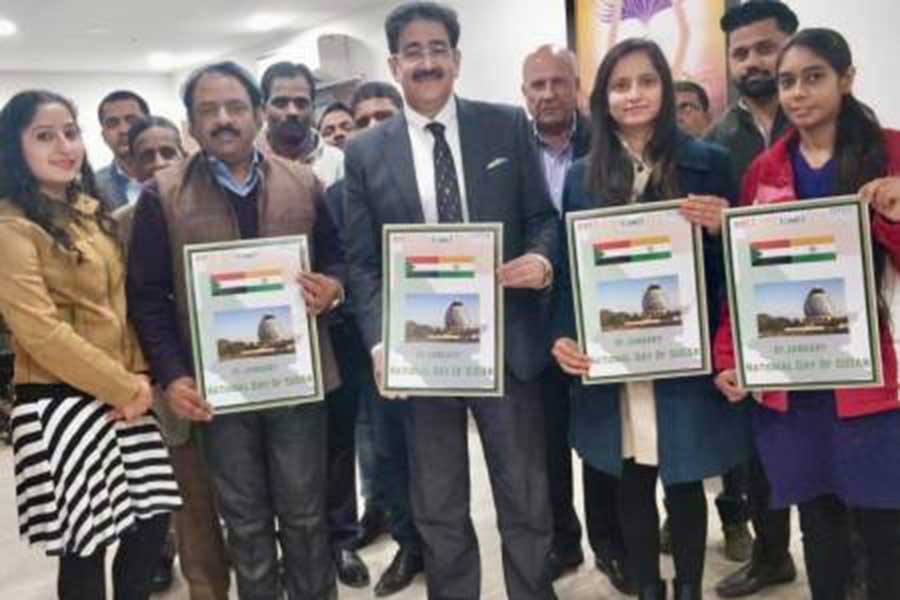