Earlier a roundtable discussion took place under the title “Uzbekistan: National Development Strategy. Rapid reforms 2017 to 2021” where e Uzbek ambassador to India H.E. Farhod Arziev presented the Hindi edition of the book to every participant.

Cultural diplomacy is one of the major reforms in the system. We would like to highlight our arts and culture now in a big way. Book release is part of the same series,” said H.E. Farhod Arziev Ambassador of Uzbekistan to India. The event was well covered by Radio Noida 107.4FM and MSTV.

Mon Jan 7 , 2019
New Delhi: Renowned film, television, media and art promoter Dr. Sandeep Marwah President of Marwah Studios was presented with an art and culture award by Kiren Rijiju the Union Minister of State Ministry of Home Affairs, Government of India at a grand function at Old Fort Grounds on the opening […] 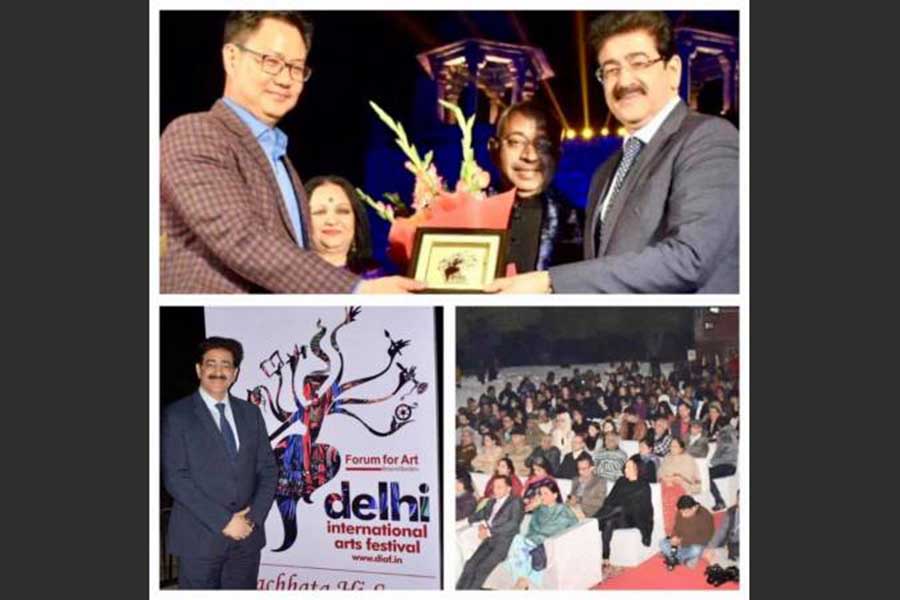