Noida: The management of International Chamber of Media And Entertainment Industry celebrated the National Day of Sudan at the headquarters of ICMEI with the media students of AAFT.

“We have wonderful relations with Sudan and cultural diplomacy raises the level of   relationship instantly. I extend my heartiest congratulations to the people of Sudan on their National Day and wish them a   successful years ahead,” said Dr. Sandeep Marwah President of ICMEI.

Independence Day is the main national holiday in the Republic of the Sudan. It is celebrated on 1 January since 1956, when Sudan gained independence from Great Britain and Egypt.

The official ceremony that marked the gaining of independence was held on 1 January 1956 at the People’s Palace. That day both the Egyptian and British flags were lowered and the new Sudanese flag was raised by Ismail al-Azhari.

Mon Jan 7 , 2019
Noida: ICMEI- The working team of ICMEI- International Chamber of Media And Entertainment Industry in association with AAFT- Asian Academy of Film And Television celebrated the 60th Liberation Day of Cuba at Marwah Studios. “On January 1, Cubans marked National Liberation Day. Some 60 years back, the revolution led by Fidel […] 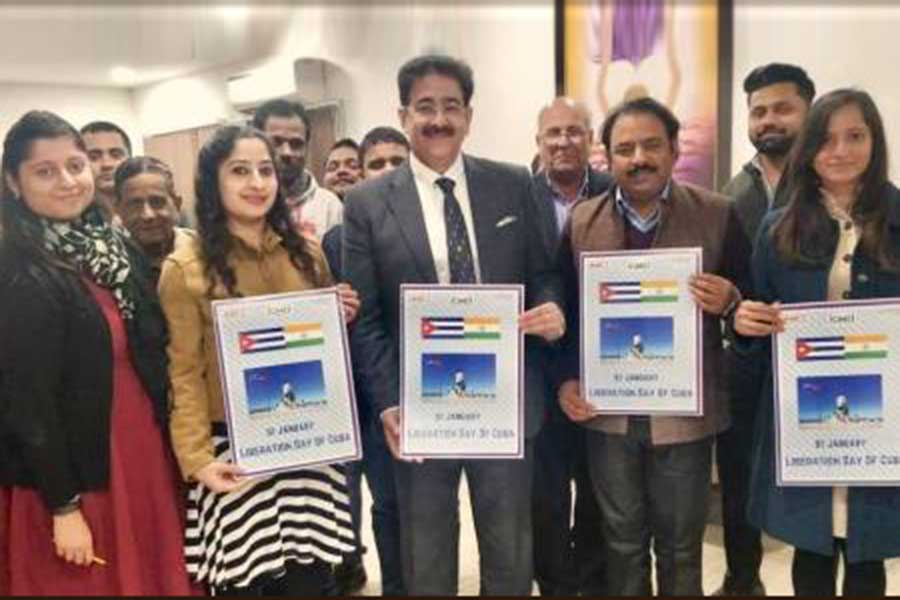