London: A social organization – Confluence Foundation organized 3 day event Presenting Bharat Conclave In London between November 24th-26th under the leadership of Smita Srivastav Chairperson and founder of confluence. The event was handled by ITW Playworx UK office by Ankur Sharma and MahendraSinh Jadeja the Chairperson of Confluence UK Chapter.

Day one Sandeep Marwah, President of International Chamber of Media And Entertainment Industry honored the achievers from India with the life membership of World Peace Development And Research Foundation in a grand function at Bollywood Stories.

Sandeep Marwah Launched The Federation of Pitthoo in India

Fri Jan 4 , 2019
New Delhi: Hundreds of students and lovers of Pitthoo Game were present to witness the launching of first ever Federation of game Pitthoo at DAV Public School at Ashok Vihar. “I am pleased to be the patron of the new federation of Pitthoo. I am happy to be the witness […] 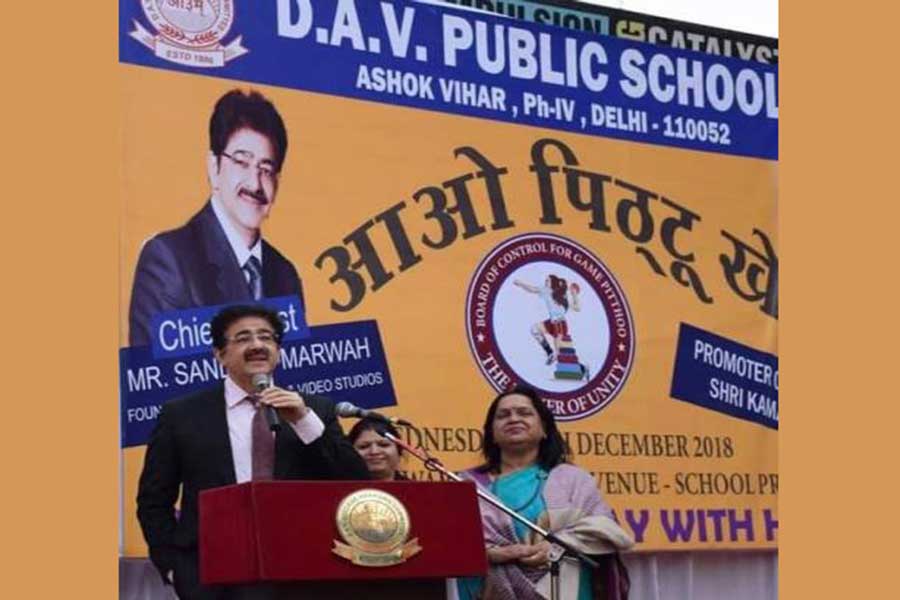