Noida: The second day of Delhi International Arts Festival attracted many people from Noida and adjoining areas as the Word of mouth spread in the whole town. The large arrangements catered to hundreds of art lovers.

“Art and culture is the only way we can unite the people of different countries of the World. This is what we have been doing, trying to bring love, peace and unity through art and culture,” said Sandeep Marwah President of Marwah Studios.

An electrifying performance by Nigerian singer popularly known as Chapter 7 enjoyed every one. Thousand and One Nights-A fantasy Dance and Comedy was presented by a Romanian Group with Ruxandra Balasu and Ovidiu Usvat as actors directed by Ingrid Bonta.

Prasiddha Foundation and Forum for Arts Beyond Borders design the event. International Chamber of Media And Entertainment Industry, Asian Academy of Film And Television, Radio Noida and MSTV supported it. Ministry of Culture, Ministry of External Affairs, Ministry of Tourism Government of India and Government of Delhi blessed the festival. 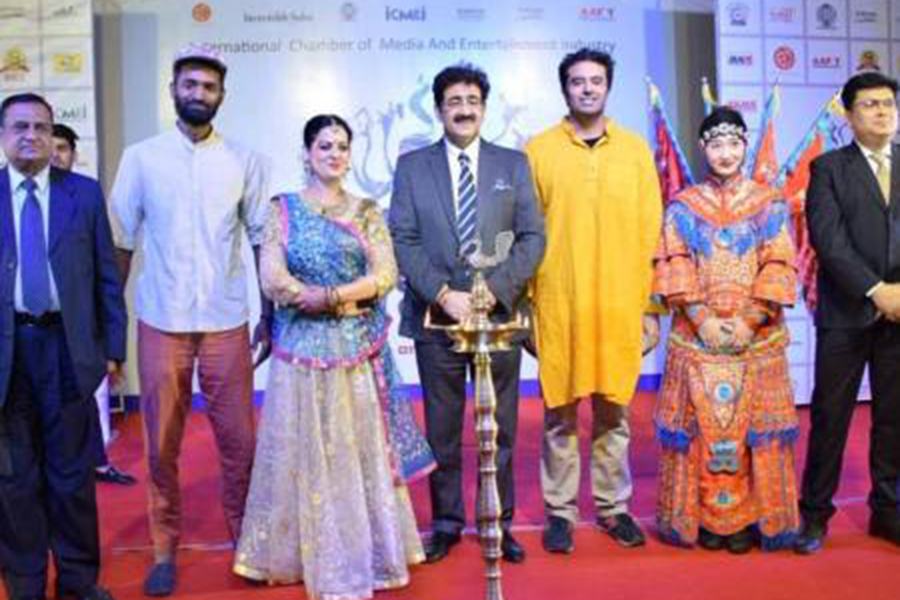