London: The Churchill Hall was bubbling with energy. A grand glittering event was organized to honor the prominent Indians at House of Common at British Parliament at London.

“God has been so kind that he has showered on us all those powers which he possesses with himself be it a power of Generation, Operation or Destruction. It is entirely upon us which power we want to use for which purpose. Lets use our powers to built up a beautiful world and do good to save the human race,” said Dr. Sandeep Marwah President of Marwah Studios.

“I am trying my best to unite the whole World through art and culture. I am thankful to Prime Minister of India respected Narendra Modi for creating such a conducive environment that we all could do something good for humanity,” added Dr. Marwah.

“I extend my heartiest congratulations to all the awardees who all are here to receive their awards and special thanks to all the members of parliament especially Lord Loomba, Lord Dholakia and Baroness Sandip Verma who all presented the award to all of us,” added to Dr. Sandeep Marwah.

Wed Dec 19 , 2018
Noida: 5th was the final day at Marwah Studios to celebrate Delhi international Arts Festival. “We have covered classical and modern dances, music in all forms including instrumental and vocal, experimental theatres, painting and sculpture exhibitions, short and feature films from India and abroad,” said Dr. Sandeep Marwah President of Marwah […] 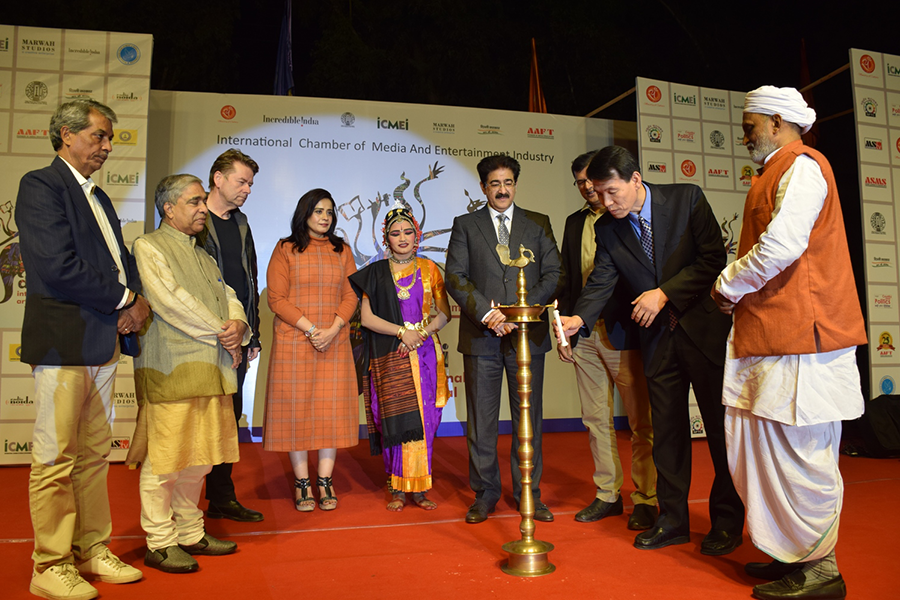