“These Film festivals are the best way to showcase your films to the international audience. I have learned that four new film releases have taken place in this festival which is great even at the international standard,” showed keen interest by H.E. Jozef Drofenik Ambassador of Slovenia to India.

“Participation of African countries has added a lot to this festival. Every time the involvement has gone double. Soon we will also have a separate film festival for films from Lesotho,” said H.E. Bothata Tsikoane High Commissioner of Kingdom of Lesotho impressed by the energy of the festival.

Women Empowerment programme attracted many working ladies from all over India who were honored with the life membership of World Peace Development And Research Foundation of Marwah Studios presented by the Ambassadors and High Commissioner. It all happened after the seminar on Women In Cinema.

An exhibition of paintings by the students of Asian School of Media Studies, Poster of Shakespeare Forum from AAFT School of Performing Arts, News Bulletin of second day designed by AAFT School of Journalism were released by the guests at the separate stage.

“Seeing the working capacity of Marwah Studios, we have agreed to open the office of Federation at Marwah Studios Complex under the supervision of Sandeep Marwah,” said B. N. Tewari President FWICE- Federation of Western India Cine Employees, an organization of five hundred thousand   Hindi Cinema Workers.

“We have grown much bigger. ICMEI- International Chamber of Media And Entertainment Industry in association with International Film And Television Club will present another Global Film Festival Next year,” thanked Marwah.

Sat Nov 24 , 2018
New Delhi: The most prestigious and historical hall of Vigyan Bhawan saw the 2nd Edition of Hindi Cinema Samman Samaroh where the big wigs of Hindi Film Industry were honored for their untiring contribution to Hindi Cinema. “Almost 110 years of Hindi Cinema we somehow forgot to honor and highlight the contribution of   this […] 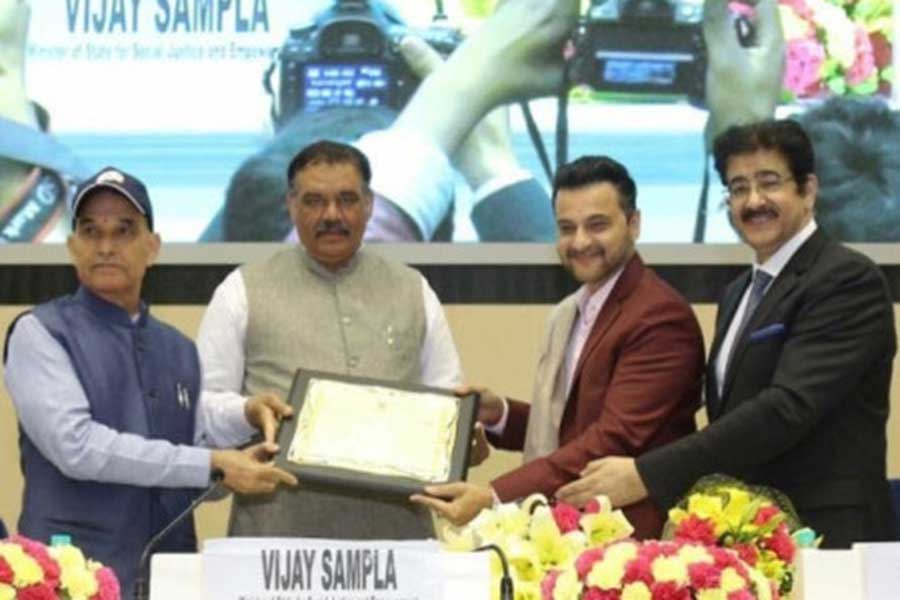