New Delhi: Renowned media personality and educationist Dr. Sandeep Marwah was awarded with Global Unity Ambassador for his untiring efforts to unite the World through art and culture.

Sandeep Marwah has been working for the Global Unity from last 33 years and has brought 145 countries out of 196 countries under the roof of World Peace Development And Research Foundation. He has been the recipient of Peace Ambassador from Universal Peace Federation, A Peace Ambassador from United Nations and many other national and international organizations have recognized his efforts to unite the World,” said Ramesh Tripathi President of Global Excellence Awards.

“I am really honored to be announced as Global Unity Ambassador. I will keep on working in the same direction for all time to come as I have realized that love, peace and unity can only be brought between all the countries only through arts and culture,” thanked Sandeep Marwah for the prestigious award.

ICMEI Will Exchange Art And Culture With All African Countries 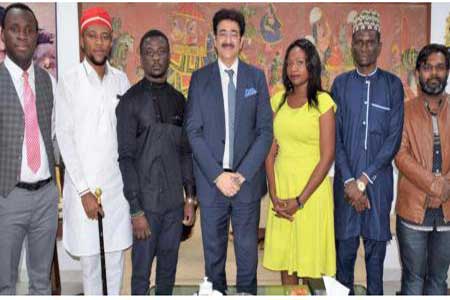