New Delhi: the 11th Global Film Festival Noida 2018 is going to have 2ndHindi Cinema Samman Samaroh at Vigyan Bhawan on the third day of the festival on 18th November 2018.

“We are very excited that the property we created last year is going to celebrate its second edition on 18th of November, 2018. What we have learned and earned in last ten years from Global Film Festival, has resulted into Hindi Cinema Samman Samaroh,” said Sandeep Marwah President of the festival.

The Government of India has supported the concept of honoring artists from the biggest cinema of the nation which is in real the brand ambassador of Indian culture abroad.

Wed Nov 14 , 2018
Noida: The President of Asian Education Group Sandeep Marwah addressed the whole faculty, administration and members of the management on pre Diwali day and expressed his gratitude to each and every one. “I am much obliged to each and very one who is present here and who is not present […] 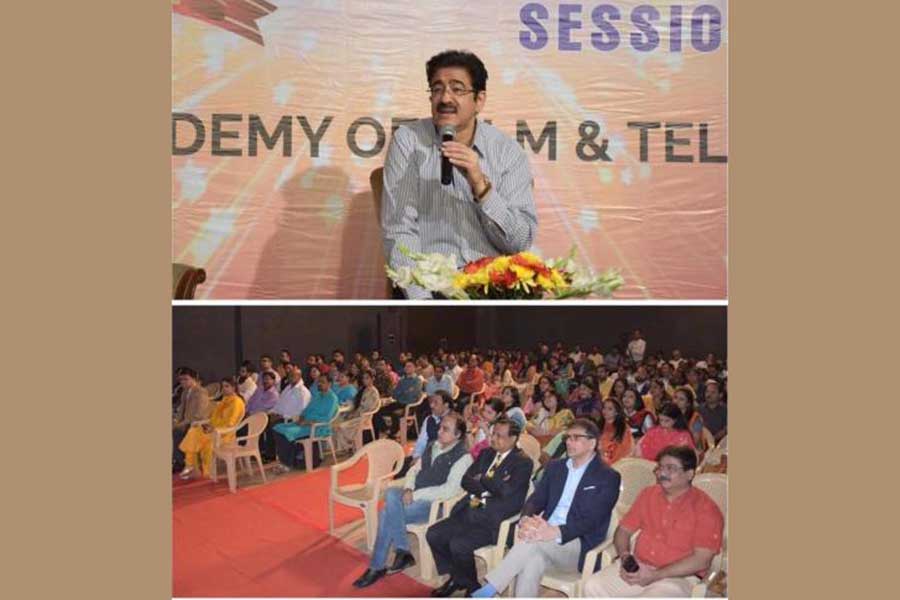