New Delhi: A well-known educationist and social worker Sandeep Marwah was appreciated by the Union Minister of State for Social Justice and Empowerment, Government of India for his non stop contribution to nation building.

Vijay Sampla appreciated the works of Sandeep Marwah and Said,” We need more people like you who understands the duties of the citizen so well and execute without even expectations. We wish you all the best in your endeavor,”

Vijay Sampla Minister of State for Social Justice and Empowerment in India, is a member of parliament from Hoshiarpur (Lok Sabha constituency). He won the Indian general election, 2014 as a Bharatiya Janata Party candidate. 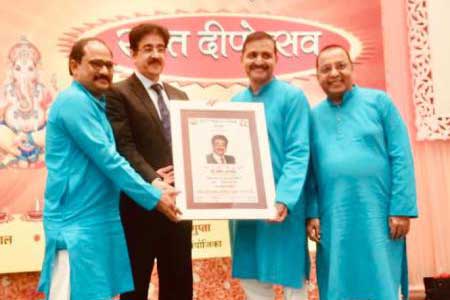