“I am pleased to be the Patron of the organization. I know the dynamism of Sandeep Marwah, this forum is going to wonders in no time,” said H.E. Archili while accepting the patron ship of IGFCF.

Sat Nov 10 , 2018
Noida: The first ever film and cultural forum of Country of Georgia in India was launched here at the International Head quarters of International Chamber of Media And Entertainment Industry. “I am pleased and honored to inaugurate Indo Georgia Film And Cultural Forum           on this auspicious day of Dhanteras of […] 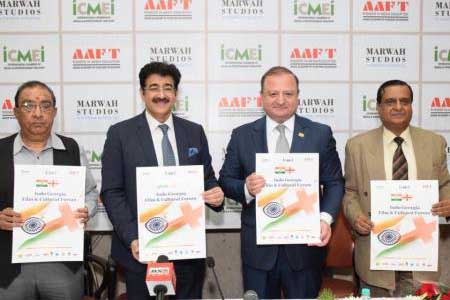