New Delhi: A week full of cultural activities including dance, drama, music, talks were planned by the Embassy of Uzbekistan in India to project the similarities between the culture of two countries.

A grand inauguration function was planned at Pravasi Kendra and few important people were invited to inaugurate the cultural week in the presence of august audience of 300 people from different starta of life by the Ambassador of Uzbekistan to India H.E. Farhod Arziev.

“My trip to Uzbekistan has given me a very clear picture of our relations with Uzbekistan. It was like entering into your home,” said Sandeep Marwah President of Marwah Studios at the   opening function. He narrated all his meetings, associations with institutions in Tashkent and progress in the relations.

Thu Nov 1 , 2018
The exhibition “Peru’s Fabulous Treasures” at Special Exhibition Gallery at National Museum inaugurated on 16th October and will continue till 30th November, 2018 is organized by the National Museum, New Delhi in collaboration with the Embassy of Peru in India. “Peru’s Fabulous Treasures” takes you on a journey through Peruvian […] 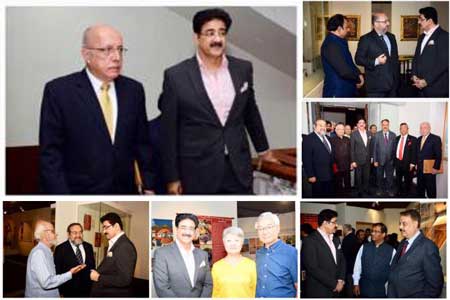