New Delhi: A National level meeting of a newly constituted body under the name and banner of NISHTHA and under the leadership of its president Dr. Gopal Ji was held at Youth Hostels of India at Chanakyapuri, NewDelhi.

“The association has large number of volunteers retired from the government earlier working in volunteer organization called NSS under Ministry of Youth Affairs. We nominate Chancellor Sandeep Marwah as our Patron who is a great youth leader,” said Gopal Ji the President of the organization

“We have united here to work and support all those organizations which are working for youth,” added Sushma Sahu from National Women Commission.

“The sole purpose of the organization is to give right path to our youngsters to build a better nation. Recently our Prime Minister has shown his concern about the character building of   the young Indians, this organization will touch all the needs of the youth from time to time,” said Sandeep Marwah Chancellor of AAFT University of Media And Arts in the capacity of Patron to the organization.

Acharya Satyendra Kumar of Confederation of World Religion, former Vice Chancellor and NSS Head also spoke on the occasion. The inaugural was followed by sessions of implementation committees.

Thu Oct 4 , 2018
New Delhi: Some of the prominent speakers were invited to speak on Health And Happiness for the members of 28 year old club popularly known as Investors Club at their monthly meeting at ISKON Auditorium. “There are two things which are much more beautiful than what you can see with […] 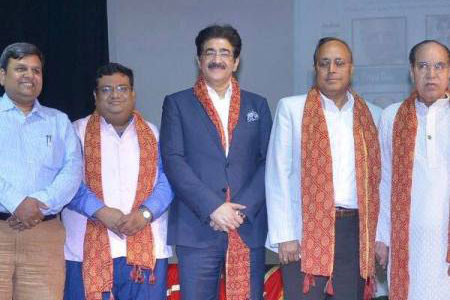