New Delhi: An exhibition and sale of artworks inaugurated at the National Gallery of Modern Art (NGMA) in a step forward by the Indian art fraternity to raise funds for flood-ravaged Kerala.

According to an August 30 statement by Kerala Chief Minister Pinarayi Vijayan, at the height of the floods, the worst to hit the state in a century, there were 14.5 lakh people in more than 3,000 relief camps.

Workshop By Adil Hussain at AAFT School of Cinema

Sat Sep 22 , 2018
Noida: A well-known actor Adil Hussain shared his vast experience of film business with the cinema students of AAFT School of Cinema at Marwah Studios Film City Noida. “Sincere efforts and continuous persuasion will get you job in the industry. An attitude to learn is the key to growth. Never […] 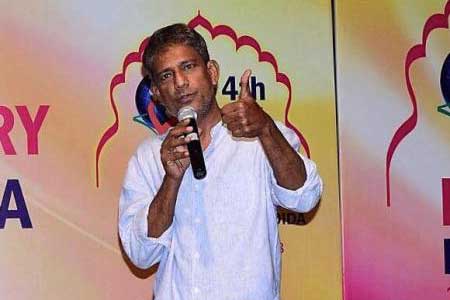