Noida: World Peace Development And Research Foundation created by Jagat Guru Sandeep Marwah to promote all those activities in the World which brings love, peace and unity to the people of this planet.

“We have been quite successful in our mission and we have brought large number of art, culture, social, films, television, journalistic, religious and spiritual organization under this banner to propagate the idea of unity,” said Sandeep Marwah President of the foundation and spiritual guru.

Mon Aug 27 , 2018
ICMEI President Special Guest at Gabon National Day New Delhi: “We extend our heartiest congratulations to the people of Gabon on their National Day. We wish India and Gabon relations should grow year by year,” said Sandeep Marwah President of International Chamber of Media And Entertainment Industry at the National […] 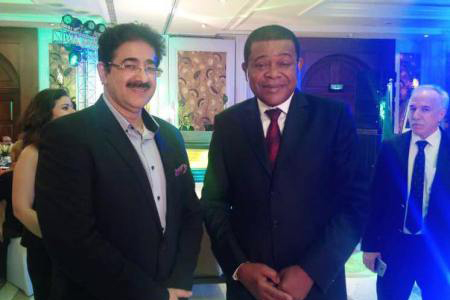