New Delhi: 26th July has been declared as the Kargil Vijay Diwas, it was 19th year when we again remembered the 529 members of our forces who all laid their lives for the nation during this unwanted war with Pakistan.

“Eight year in Para military forces has taught me that how tough is the life of soldier. My tenure in Delhi Home Guards probably was nothing before those who are deployed at the borders. Indian forces be it Air Force, Navy or Army are the most powerful setups in the World,” said Sandeep Marwah President of Marwah Studios and former District Commander in Delhi Home Guards Ministry of Home Affairs, Government of India while addressing the large audience at India Gate on the occasion of Kargil Vijay Diwas.

The event was supported by International Chamber of Media And Entertainment Industry. 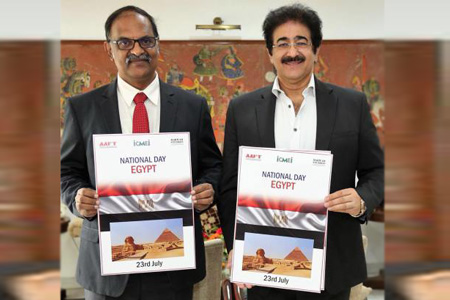