“We are working on many aspects including economies of electrical and electronics, Education, Media and so on. The institute has employed Indian students from German Universities also to promote Indo German Relations,” said Codrina Lauth of the research institute.

Dr. Markus Duchon Head of Software Architectures and Services for Critical infrastructures explained the complete working of the institute and expressed his desire to work with Indian Research Centre.

Sandeep Marwah extended the services of International Film And Television Research Centre of India and has long conversation with Venkatesh Pampana and Arpit students from India employed as Scientist in Software Architectures and Services for Critical Infrastructure department.

Tue Aug 14 , 2018
New Delhi: 26th July has been declared as the Kargil Vijay Diwas, it was 19th year when we again remembered the 529 members of our forces who all laid their lives for the nation during this unwanted war with Pakistan. “Eight year in Para military forces has taught me that how tough […] 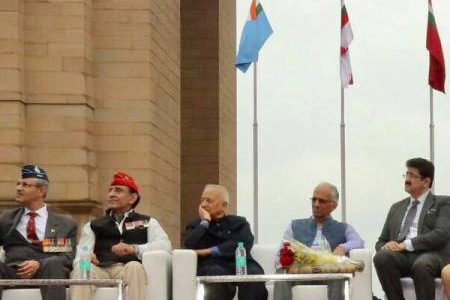