Noida: The President of International Chamber of Media And Entertainment Industry Sandeep Marwah congratulated the people of Liberia on their National Day falls on 26th July.

“I on behalf of Marwah Studios, ICMEI and   media and entertainment industry         extend my heartiest congratulations to the people of   Liberia on their National Day. May the relation between two countries India and Liberia   grow to highest level,” said Sandeep Marwah President of ICMEI.

There are about 2000 Indian nationals residing in Liberia. The Indian Community was mainly engaged in trading and providing services but now it is Manufacturing ventures too. It is well respected by Liberia due to their substantial contribution to the Liberian economy. There is a Sikh Gurudwara and a Hindu Temple in Liberia informed Marwah. A poster was released to mark respect to the friendship of India and Liberia. 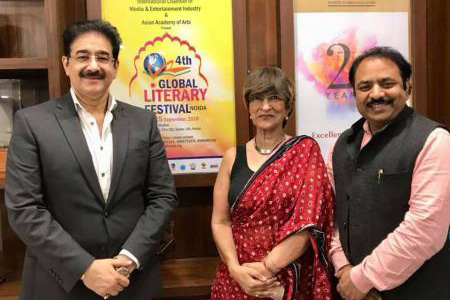