New Delhi: The first private film school of India Asian Academy of Film And Television is going to create another international record on the launching of 100th Batch of trainees in last 25 years of its inception.

We are completing 25 years in education and 100th batch of short-term courses. AAFT has become an integral part of World Cinema. Where there is media there is AAFT. The institution has given largest number of celebrities to cinema industry,” added Marwah talking to the media persons.

“There is   lot in the box which we will open during the batch and this year. AAFT is now a family of 15000 media professionals,” thanked Marwah to all the members of the fraternity to support him for all these years. 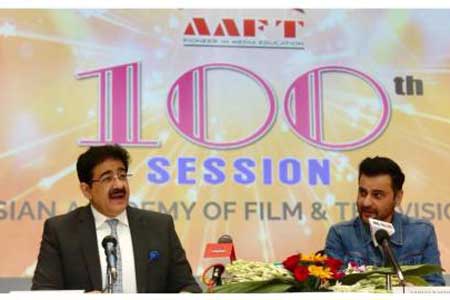