Sandeep Marwah inaugurated the workshop designed by the Government of Andhra Pradesh and conducted by Centre for Strategy And Leadership at Hotel Claridges in New Delhi.

Sandeep Marwah suggested that the media city should be the centre for cultural and heritage activities and developed with a long-term vision to host international events. Noting that Amaravati is a “dream capital”, Naidu said ultimately it will be the most liveable place,

Tue Jul 24 , 2018
Tashkent: The state visit of Sandeep Marwah President Marwah Studios and International Chamber of Media And Entertainment Industry was well covered by media of Uzbekistan and India too. The most popular channel of the country Channel Uzbekistan National TV and Radio Company interviewed Sandeep Marwah on his last day of […] 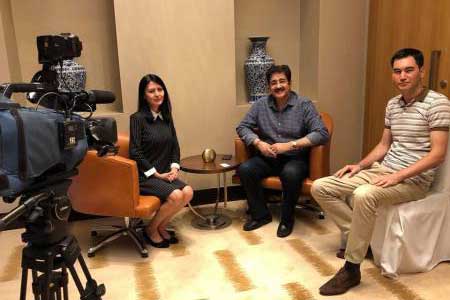