Munich is the capital and the most populated city in the German state of Bavaria, on the banks of the River Isar north of the Bavarian Alps. Munich is also the third largest city in Germany, after Berlin and Hamburg, and the 12th largest city in the European Union, with a population of around 1.5 million. The Munich Metropolitan Region is home to 6 million people

The Bavarian capital remains the German city, which receives the highest proportion of foreign tourists. A total of 3.5 million guests travelled to Munich from abroad, generating 7.7 million overnight stays.

“Munich’s attractiveness is rooted in its easy accessibility, enviable public safety, excellent shopping facilities and a broad spectrum of sights to see, things to do and nearby venues for excursions,” informed Sandeep Marwah who was there for an official trip to receive his International award at Bavarian Parliament.

In 2017 several new hotel projects in Munich were completed. Capacities rose from 69,000 beds in 409 commercial hotels to 75,000 beds in 430 hotels by the end of the year. At the same time, hotel occupancy rates rose by 1.8 percentage points. Willingness to invest in Munich’s hotel industry remains very high. 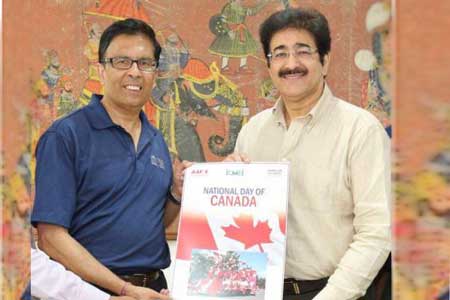