Noida: The ruling party in India Bhartiya Janata Party is been approaching all the important and influential people of the country to inform them about the successful completion of their four years of term.

Different leaders of BJP have been given assignment to meet people from art and culture too. After Lata Mangeshkar, Salman Khan, Sanjay Dutt, Madhuri Dixit by Amit Shah himself Vijay Jolly senior BJP Leader and former MLA from Delhi met five times World Record Holder and founder of Noida Film City Sandeep Marwah President of Marwah Studios at his studios.

The BJP launched a mega public drive, ‘sampark for samarthan‘, following the Modi government’s fourth anniversary on May 26. It announced that 4,000 functionaries of the party will contact one lakh people, who are well-known names in their fields, to spread the word about the government’s works during its four-year tenure.

“ The campaign was aimed at informing people about various government initiatives, which have resulted in raising the living standards of people. A lot of work had been done to remove the problems people faced in villages and to help the poor live a better,” said Vijay Jolly handing over the catalogue to Marwah.

Visit to Manhattan Is An Education- Sandeep Marwah

Tue Jun 26 , 2018
New York: Manhattan is often described as the cultural, financial, media, and entertainment capital of the world, and the borough hosts the United Nations Headquarters Tourism is vital to Manhattan’s economy, and the landmarks of Manhattan are the focus of New York City’s tourists, enumerating an eighth consecutive annual record […] 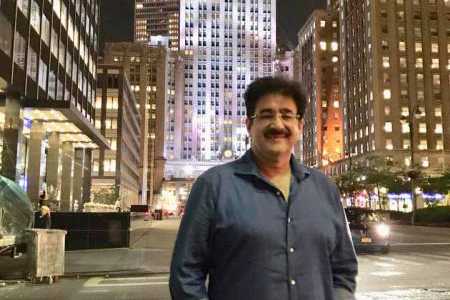