Sandeep Marwah briefed the Ambassador about the purpose of the visit where he expressed the desire of launching of Indo Uzbekistan Film And Cultural Forum, a student exchange program, a faculty exchange programs, the need for film festival of Indian Cinema in Tashkent and other cities and requirement of joint short films & Feature film production with Uzbekistan.

Sat Jun 9 , 2018
Tashkent: The two popular film associations Marwah Studios of India and Kayumov Film of Uzbekistan joined hands to produce and present short films and feature films together in the near future. The MOU was signed between the two production companies on the visit of Sandeep Marwah to Tashkent where he […] 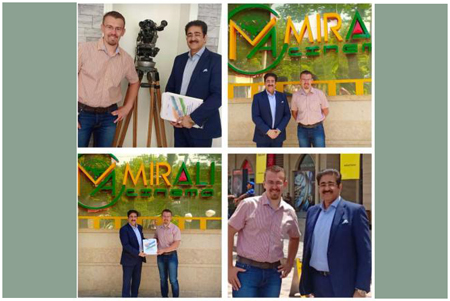