At Eleven Madison Park—ranked No 1 on the world’s 50 best restaurants list in 2017—simplicity and minimalism are driving a culinary revolution. Bringing to India a taste of his New York based restaurant, co-owner and chef Daniel Humm was in India recently who was invited by Sandeep Marwah to Asian Institute of Hospitality and Tourism Noida.

The World Series by American Express hosted two dinners with Humm in Mumbai and Delhi at The St Regis Mumbai and The Leela Palace New Delhi respectively. We catch up with the chef ahead of the dinners to understand what it takes for him to be on top.

Growing up in Switzerland, chef Humm developed an appreciation for fresh, local ingredients early on. He has vivid childhood memories of going to the farms with his mother to buy produce and watch her cook whatever was in season. “Great ingredients are the starting point of a great dish. But it’s what you do with those ingredients that really makes them shine,” he says. Today, Humm’s biggest inspirations are New York’s cultural history and agricultural bounty, which can be seen in the smallest details at his restaurant.

Humm sums up his food philosophy quite simply. “I want to really connect with the guests; give them something they’ve had before, but give it to them in a reinvented way.”

AIHT wants to produce some extra ordinary chefs for national and international market, our target is that good food always attract customers from all the regions,” said Sandeep Marwah President of AIHT. 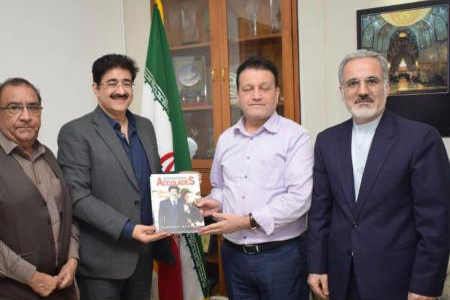