“We have created Indo Nepal Film And Cultural Forum two years back when the Prime Minister K.P. Sharma Oli was in Delhi. The Prime Minister of Nepal K.P.Singh Oli was presented with the first Patron ship of the Forum,” informed Marwah to the press.

That was the time when he signed a charter and memorandum with Honorable Prime Minister Narendra Modi of Republic of India which also included a clause of cultural exchange,” said Sandeep Marwah also president of Marwah Studios.

After the formation of forum, the first ever film festival of Nepali Films in 70 years of Independence, was organized by ICMEI-International Chamber of Media And Entertainment Industry in association with AAFT-Asian Academy of Film And Television and INFCF.

Sandeep Marwah met all the important dignities present on the occasion from Nepal and from New Delhi. Marwah has been invited by many Key organizations of Nepal to visit Kathmandu soon. 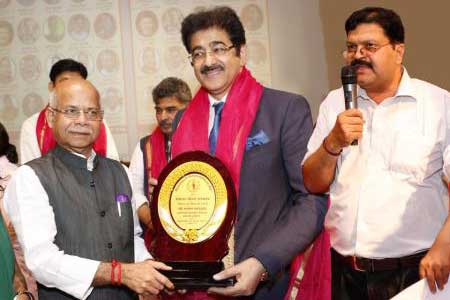