New Delhi: A popular magazine Fame India presented its first award for the best 25 Members of Parliament of Republic of India at the most prestigious hall of Vigyan Bhawan in New Delhi.

Speaking on the occasion Dr Harshvardhan Union Minister for Science And Technology, Earth Sciences Environment, Forest And Climate Change Government of India appreciated the efforts of Umashankar Sonthalia the editor and owner of the magazine for taking initiative in this direction.

Sandeep Marwah six times World record holder has brought more than 100 international awards to India. His contribution to the field of cinema, television, media and education is enormous. More than seven times he has been awarded a title of Global Cultural Minister for bringing love, peace and uniting the World through art and culture.

Sat Apr 7 , 2018
Bangkok 31stMarch, 2018: The renowned Global Art and Cultural Minister Sandeep Marwah visited Bangkok in Thailand and was well received by the people of Thailand at Bangkok the capital of country. “The culture and arts of Thailand have been influenced by India and to a lesser extent China as well […] 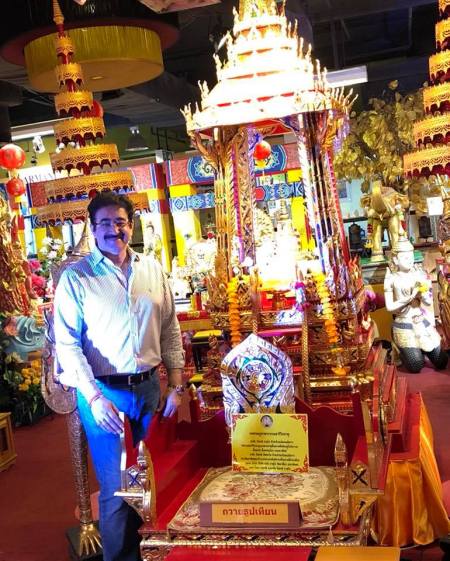